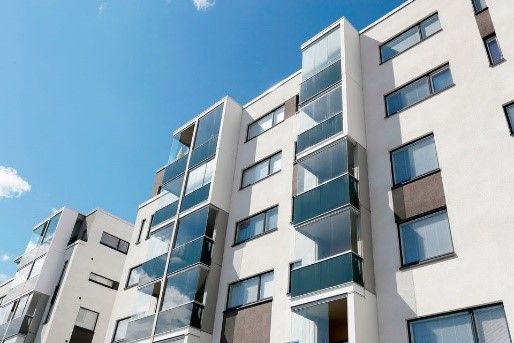 Statistically, 40 percent of energy consumption and 36 percent of emissions come from buildings. For that reason energy efficiency has become one of the EU’s top priorities and led it to acknowledge that buildings are key to achieving its goal of reducing greenhouse gas emissions by 80-95 percent by 2050.

What is a positive energy building?

The H2020 EXCESS project would like to prove that it is not only possible to build nearly-zero energy buildings to reach that goal, but even to transform them into positive energy buildings (PEBs). In this framework, it recently published a Report in which partners develop an in-depth definition of a PEB, taking into account technical and social aspects, indoor comfort, environmental targets and aesthaetical requirements.

In a first step, consortium partners agreed on a common definition of a PEB, based on literature review and discussions among the team. The following is the outcome of this work:

⇒ EXCESS defines a positive energy building (PEB) as an energy efficient building that produces more energy than it uses via renewable sources, with a high self-consumption rate and high energy flexibility, over a time span of one year.

A high quality indoor environment is an essential element in the PEB, maintaining the comfort and well-being of the building occupants. The PEB is also able to integrate future technologies like electric vehicles with the motivation to maximise the onsite consumption and also share the surplus renewable energy.

Is it compatible with EU regulations?

In a second step, the EXCESS project team studied the compatibility of its definition with the European energy regulatory framework, namely the Clean Energy Package, the Energy Efficiency Directive as well as the Directives on internal market rules and energy performance, was studied. A similar comparison was made with the EU long-term vision for a prosperous, modern, competitive and climate-neutral economy by 2050, described in the Clean Planet for all package and EU Green Deal documents.

In the comparison towards EU regulations and visions, a good agreement and no specific contradiction was found with the project’s PEB definition. The EXCESS definition and concept are especially well in line with the ideas on citizen empowerment and user comfort, underlined in several of the regulations and vision documents. The regulations also refer to the interaction with the grid and the (future) integration of electric vehicles. Energy efficiency is particularly highlighted in the EU’s documents, as well as the need to cover the remaining need by renewable energy.

Where do we go from here?

In the next phases of the EXCESS project, the definition will be used to define the performance indicators, and as discussion base towards different stakeholders regarding the possibilities to promote PEBs and the different challenges and opportunities related to this. It has even been agreed among the EXCESS team that the definition itself can still be adapted if we notice a crucial need for that during the work with our demonstration sites in four EU climate zones.

Watch this space for more!