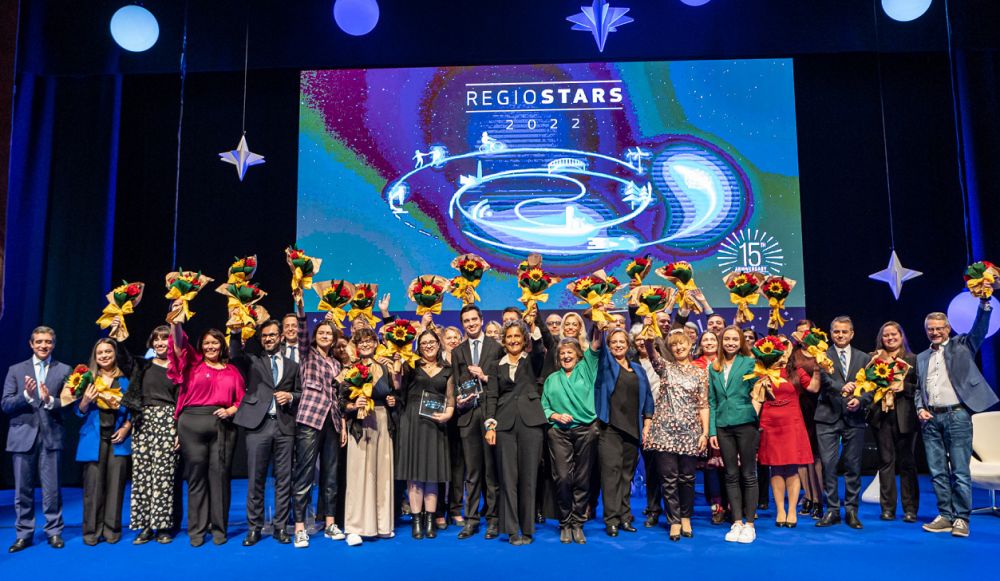 EXCESS partners from the Andalusian Energy Agency-AEA (Spain) and their Sustainable Construction Programme in Andalusia (PICSA) awarded at the EU REGIOSTARS AWARDS 2022 on 17 November in Evora, Portugal. The Commissioner for Cohesion and Reforms, Elisa Ferreira, handed the awards to the three winning projects selected via a public vote. The annual awards, promoted by the European Commission, recognise the most innovative projects in the use of European cohesion funds.

The PICS project was recognised for its contribution to reinvigorating the building sector in Andalusia. The project introduced energy saving measures and increased the share of renewable energy in existing buildings, thereby also improving the competitiveness of local construction companies and reducing energy poverty among low-income families.

Discover more about PICSA in a short video and cast your vote on the award platform  www.regiostarsawards.eu.

The EU Regiostar Awards have been created in 2008 to celebrate and showcase the achievement of cohesion policy projects in the EU. The 2022 edition marks the 15th anniversary of the competition featuring 15 projects among finalists.

EU Commissioner for Cohesion and Reforms, Elisa Ferreira, will award the winner of the public vote in a ceremony organised in November in Evora, Portugal.